John
M.
Perkins
Civil Rights Legend
Counselor to Six Presidents
Community Development Leader
Master Class
A six-part master class on how to find your purpose, a people and a joy that endures.

Learn more
Hear more from the Perkins Foundation
Thank you!
Your submission has been received.
Oops! Something went wrong while submitting the form.
Dr. Perkins’ final manifesto
Find Your Purpose. Find Your People. Find Your Joy.
Buy Together
The Life of
John M. Perkins
Watch the Film
1930
John is born in Mississippi.
John Perkins was born during the height of Jim Crow and the Great Depression to a sharecropping and bootlegging family. John’s exact birth date is unknown. 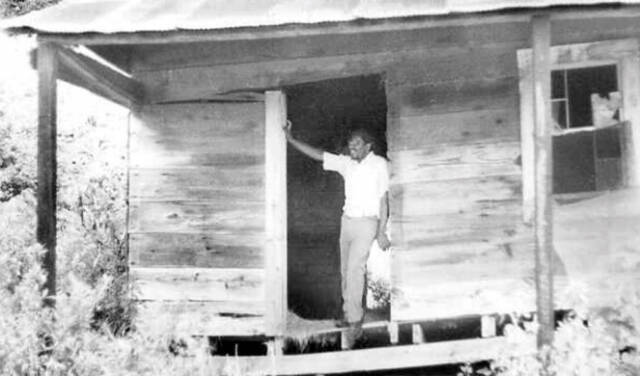 1931
John's mother dies of malnutrition.
John’s mother dies of pellagra as she gives him her last strength. John’s grandmother becomes his primary caretaker.
1939
He drops out of 3rd grade at Greenwood Elementary.
1946
Brother Clyde is killed by police after he returns from WWII. John escapes to California. 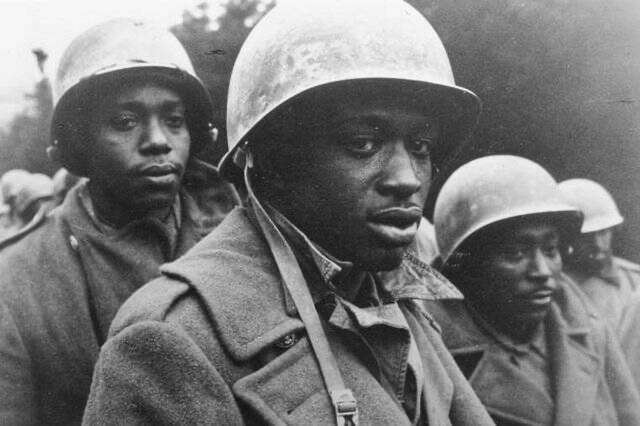 “Many African American veterans were determined to fight for their own freedom and equality, and veterans like Hosea Williams and Medgar Evers played central roles in what became the civil rights movement. The effort to suppress that potential leadership made Black veterans targets, and many suffered brutal violence for protesting mistreatment or simply wearing their military uniforms.”
Equal Justice Initiative
1950
Organizes Workers into Union at California Foundry.
John gets his first taste of the power of collective action. His efforts to organize the workers secures better pay and better rights for all. This success under the threat of violence foreshadows his later work in the Civil Rights Movement.
1951
Marries Vera Mae Buckley and is drafted into the Korean war. John serves in Okinawa, Japan for three years. 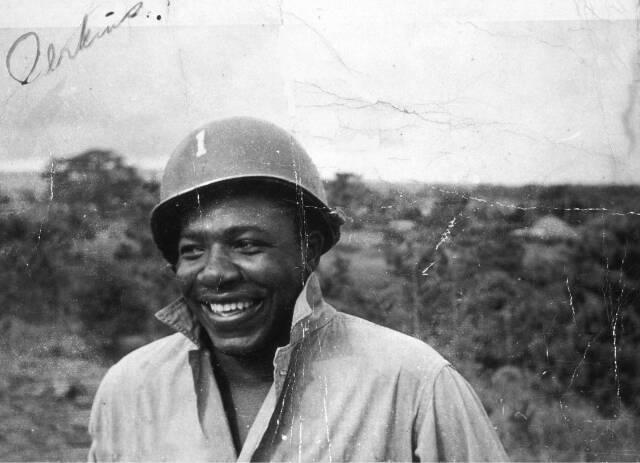 John and Vera Mae celebrated 70 years of marriage in 2021.
1957
John becomes a Christian.
Spencer comes home from Vacation Bible School singing “Jesus Loves the Little Children, All The Children of the World.”  John believes in the Good News of Jesus.
1958
John is ordained as a Baptist minister.
He starts his lifelong pursuit of teaching from the Bible.
1960
John returns to Mendenhall, Mississippi. 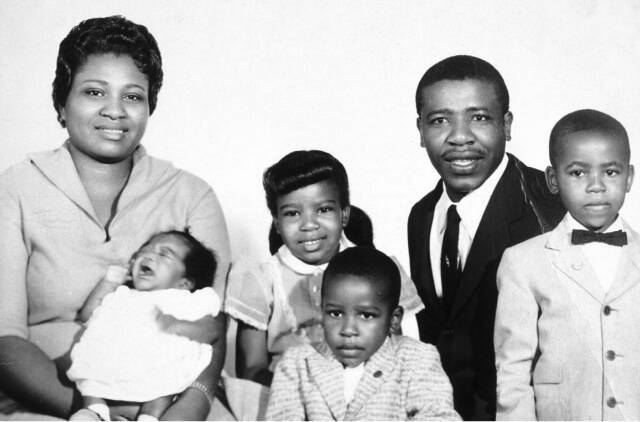 John remembers his childhood in Mississippi and how he never heard of Jesus’ love for black children like him.  He returns to bring the Good News to all people in Mendenhall.
1961
John establishes Mendenhall Ministries.
In 12 years, John Perkins helped start a day-care center, youth program, church, cooperative farm, thrift store, housing repair ministry, a health center, and an adult education program. His wife, Vera Mae started the first Head Start Program in Mississippi.
1965
John organizes a voter registration drive in Simpson County. 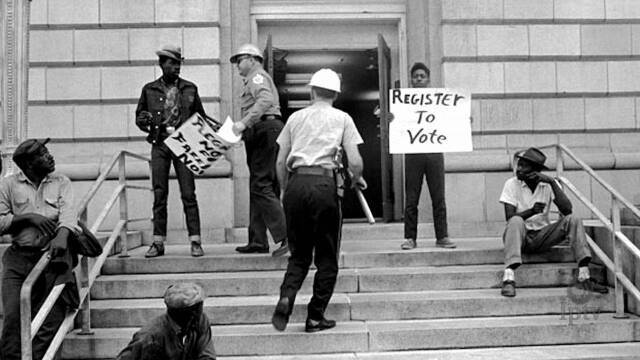 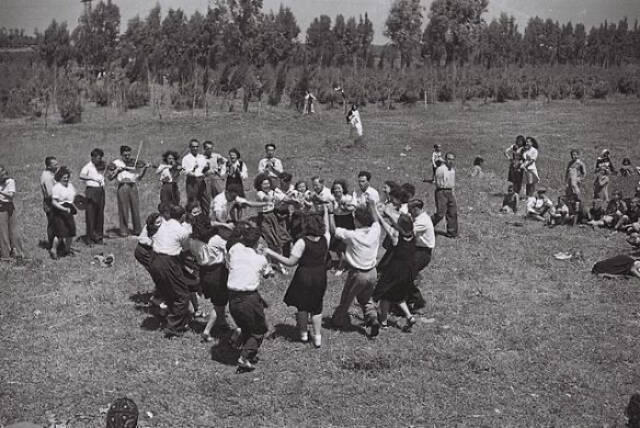 The Israeli kibbutz was a cooperative, communal society. First formed in 1909, these communities thrived as Jews were forced to flee from anti-Semitic violence in Europe. John saw the kibbutz as a potential model for community renewal.
1969
John testifies before the McGovern Select Committee on Nutrition and Human Needs.
John is selected to testify about the effect of hunger on his childhood.  His testimony leads to the WIC program. It is estimated that the program safeguards the health of 8.25 million women, infants and children every month.
Christmas 1969
John becomes the leader of Mendenhall boycott. 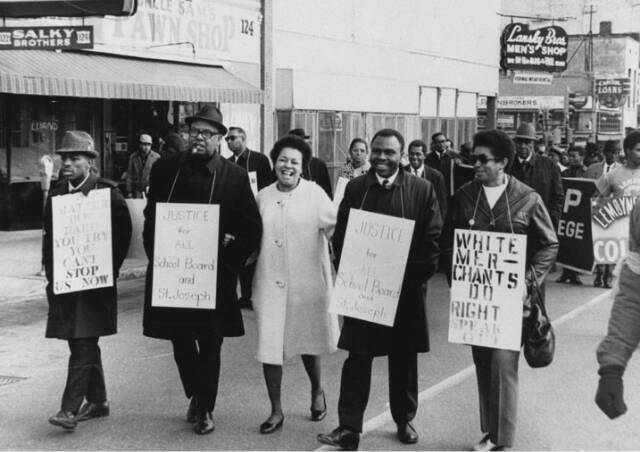 White retailers in Mendenhall profited from the business of black patrons, yet refused to hire black workers. John organized a boycott of white retailers during the Christmas season of 1969.  This boycott intensified tensions with the Mississippi Highway Patrol.
1970
John is tortured in a Brandon jail while trying to bail out several students.
The Mississippi Highway Patrol arrested several Tougaloo students participating in the boycott on false charges and held them in jail in nearby Brandon county.  When John went to bail them out, the officers detained him and brutally beat him for hours until Vera Mae could get him released. John suffered a heart attack and had ⅔ of his stomach removed due to ulcers.
1972
The Perkins family moves to Jackson, Mississippi. 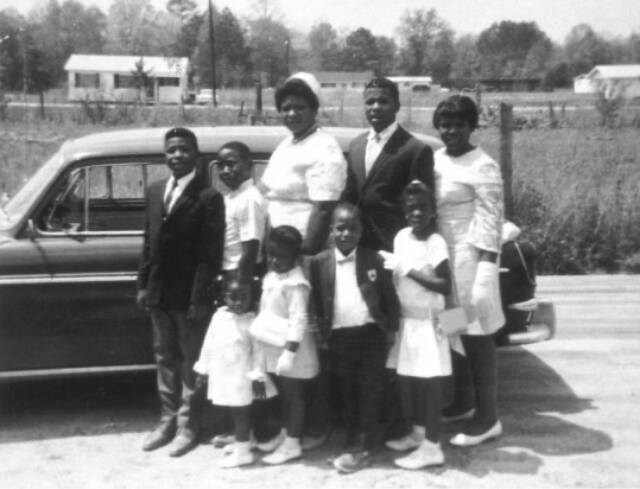 As he recovered from the beating in Brandon, community leaders feared for John’s safety in Mendenhall.  Seeing an opportunity to mentor the students of Tougaloo College and Jackson State University, the Perkins family moves to Jackson, MS.
1976
John releases the book Let Justice Roll Down 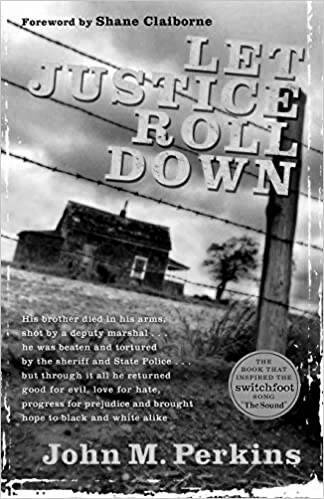 The book is a gripping portrayal of what happens when faith thrusts a person into the midst of a struggle against racism, oppression, and injustice. It is about the costs of discipleship--the jailings, the floggings, the despair, the sacrifice. And it is about the transforming work of faith that allowed John to respond to such overwhelming indignities with miraculous compassion, vision, and hope.
1978
John befriends a former KKK bomber named Tommy Tarrants.
Tommy Tarrants spent eight years in prison for the attempted bombing of a Jewish leader in Mississippi. Claiming conversion to Christianity in prison, many black leaders remained skeptical of his intentions. John meets him while speaking at Geneva College and after hearing his testimony to a group of black students, befriends and welcomes him. Thomas Tarrants would serve as President of the C.S. Lewis Institute for 12 years.
1979
John becomes a religious advisor to President Jimmy Carter. 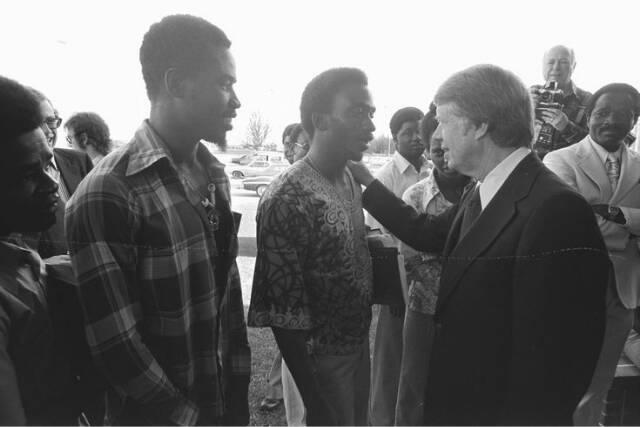 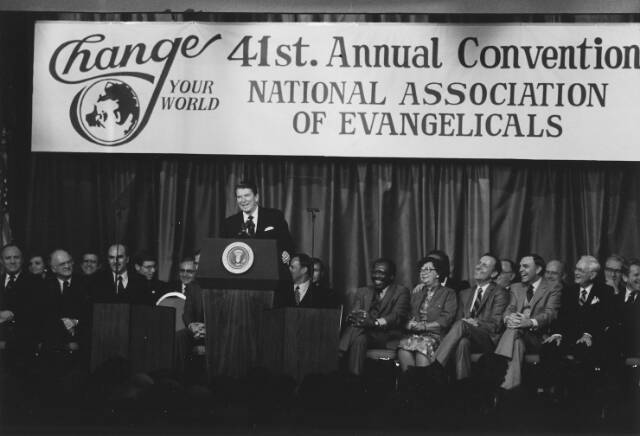 On March 8, 1983, the NAE invited President Reagan to speak. That invitation turned into the infamous “Evil Empire” speech which framed the Cold War as a battle between good and evil.
1984
The Harambee Christian Family Center Founded 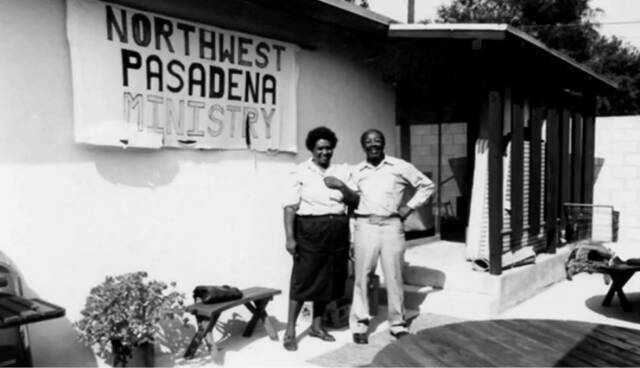 Located in one of the highest crime neighborhoods of California, Harambee runs numerous programs including after-school tutoring, Good News Bible Clubs, an award-winning technology center, summer day camps, youth internship programs, and a college scholarship program.
1986
John receives the NAACP’s Ruby McKnight Williams Award.
1989
John founds Christian Community Development Association on the principles of the Three R’s: relocation, redistribution, reconciliation.
John Perkins called together a group of Christian leaders from across America that was bonded by one significant commitment-expressing the love of Christ in America's poor communities, not at arm’s length, but at the grass-roots level. An association was formed and the Christian Community Development Association (CCDA) held its first annual conference in Chicago in 1989. CCDA has grown from 37 founding members to 6,800 individuals and 600 churches, ministries, institutions and businesses in more than 100 cities and townships across the country.
1992
John begins publishing Urban Family Magazine with a circulation of 35,000
John began publishing URBAN FAMILY magazine in response to the breakdown of the urban family, the breakdown of the community, and the increasing violence within the inner city. The mission of URBAN FAMILY is to be a voice of hope and progress, offering solutions that emphasize responsibility, affirm dignity, build moral character, and encourage reconciliation. The circulation quickly rose from 13,000 to 35,000 nationally.
1998
John's son Spencer dies suddenly. He founds the Spencer Perkins Center.
The Spencer Perkins Center serves the needs of under-resourced children and families in West Jackson, MS. Through the Perkins Center, he and his staff developed youth programs such as After-School Program, Summer Enrichment Camp, High School and College Internship Program, Good News Bible Club, the T.A.L.K.S. Mentoring Program, and Antioch Discipleship Community for college students. The Perkins Center also developed a housing ministry called Zechariah 8 which provides affordable housing to low-to moderate-income families, with a focus on single mothers.
2004
Seattle Pacific University opens the John Perkins Center for Reconciliation, Leadership Training, and Community Development. 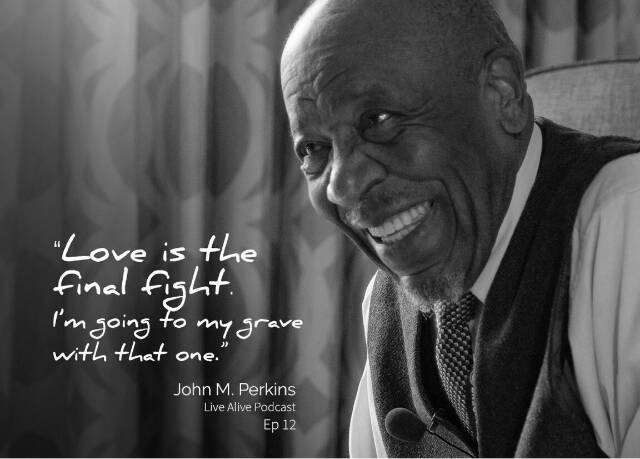 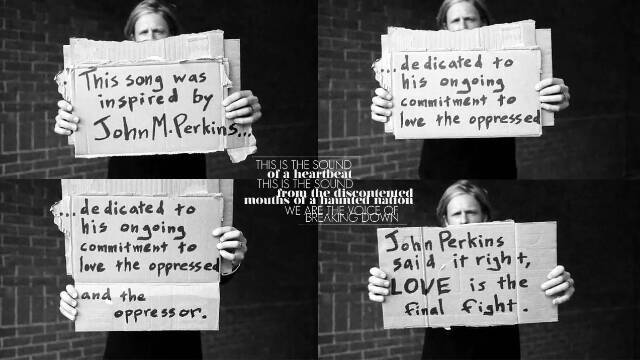 Dr. John M. Perkins publishes his manifesto to the church on race and love.
2019
He Calls Me Friend is published.

At the release of One Blood, a college student asked Dr. Perkins how to continue his legacy into the next generation.  Perkins responded, “Become friends with God, and be friends to each other.”  This statement became the launching point for He Calls Me Friend.
2020
John is awarded World Magazine's “Daniel of the Year” 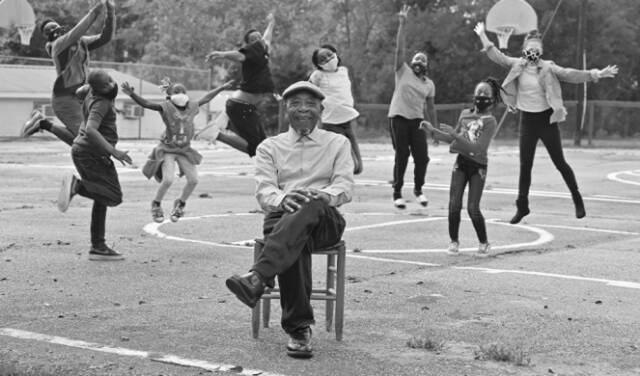 WORLD's annual Daniel of the Year award is bestowed on a person or persons who exhibit bravery in defense of God's authority by helping those who are being persecuted.
2021
Count It All Joy is published.

Final book of Dr. John M. Perkins manifesto trilogy.  He writes, “Suffering can be a painful companion in life, but it can also be a powerful teacher.  I've learned that true joy is formed in the crucible of suffering. And I want you to share this joy that I have found.”
2021
One Life Well Lived, a master class on living with purpose and passion from Dr. John M. Perkins is released with the Moody Bible Institute.